Cocullo: the ancient Snake Festival at the roots of Abruzzo’s tradition 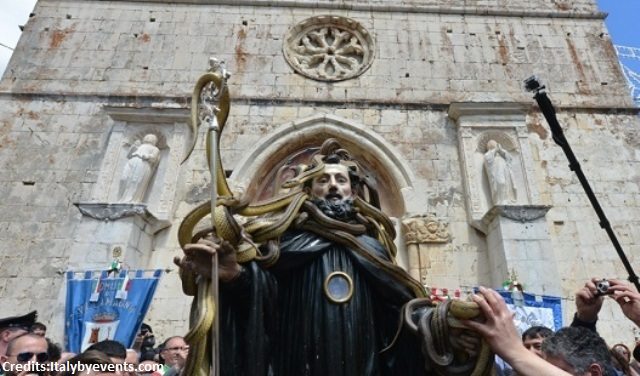 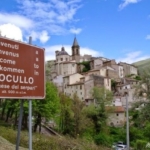 It is well known that Italians love to celebrate workers all over the world in the celebrations of May 1st. And it is equally well known that the best way to enjoy this day is to relax by engaging in fun activities that stressful everyday life takes away from us.

And that’s when we find ourselves undecided among the many events available: concerts, exhibitions, excursions, trips with friends, tastings or, for some, a regenerating rest at home.

Abruzzo is the land of versatility par excellence, not only for the beauty of the sea and the mountains, not so distant from each other, but also for the conservative spirit its inhabitants have towards their social, cultural and culinary traditions. May 1st enchants its visitors with a  characteristic event, that judging from the annual attendance, is absolutely loved: the Feast of San Domenico and the ritual of Serpari in Cocullo in the province of L’Aquila, only 110 km from Roseto Degli Abruzzi.

The brave visitors will assist from the early hours of the morning to a day halfway between the sacred and the profane. All the rituals commemorate the figure of St. Dominic, the town patron’s saint and protector from snakes bites and toothache. In the church of Cocullo, the first rituals are performed: a bell is pulled with the teeth, a clear symbolic gesture to protect oneself from a toothache. Then, inhabitants collect some dust from the ground near the niche of the saint to then sprinkle it out of the houses. This serves as protection from adversities and bad luck. And finally, at midday, the procession begins.

The statue of the Saint is covered with snakes of different species and it’s carried by the Serpari among the people of the small town. But do not fear: the snakes are all harmless. Don’t worry dear animal lovers: at the end of the celebrations, the snakes will be returned to the Marsican region where they belong.

In the past, the same rituals were performed for the goddess Angizia, a female deity with thaumaturgical powers linked to these reptiles.  She was venerated by the marsi, pelars and Osco-Umbrian tribes. The cult of this goddess was later replaced by Saint Dominic, who remained in Cocullo for seven years, where he also left some relics still venerated to this day.