Did you know? There’s a star in Montepagano.. 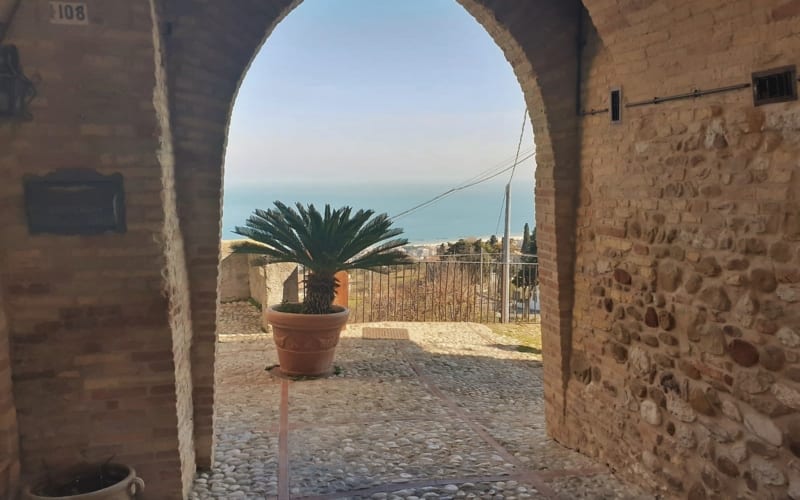 Montepagano shines thanks to the Michelin star assigned to the “diffuso” ( spread out ) restaurant D. One. Reason of pride for the delightful medieval village and oldest fraction of Roseto degli Abruzzi, which earned the first Michelin star in the  whole province of Teramo. Assigned in 2017 and then reconfirmed in the following years.

Among the Abruzzo starred restaurant we’re the only that achieved this result in a year and a half “. This is Nuccia De Angelis’ comment about her latest achievement with chef Davide Pizzuto. The chef started his culinary adventure first in Barcelona then in Rome, before meeting entrepreneur De Angelis and starting their ambitious project.

What makes D. One unique is the fact it belongs to the “diffuso hotel” project, of which Montepagano is the main protagonist. 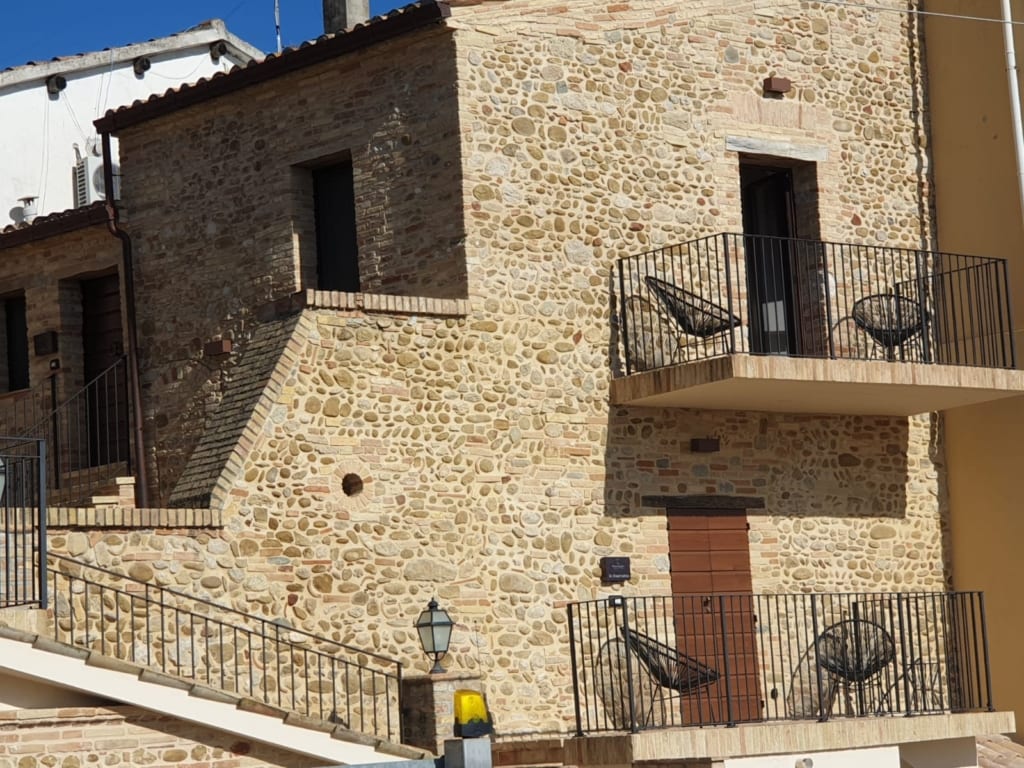 Also called “horizontal hotel”, it’s a unique model of hospitality where accommodations are scattered in different buildings within the same village and inside places of historical and architectural value. So, don’t worry if you had one drink too many at dinner, afterwards you can be pampered in one of the elegant medieval suites that the village has in store for its visitors.
Archibugera, Riservetta, Casermetta, Porta da Sole and Loggia Acquaviva: these are the names of the panoramic accomodations that shape the historic center of Montepagano. Besides, these restored wonders offer the breathtaking view of both the Majella, Gransasso peaks and the Adriatic Sea.
Visitors can enjoy a holiday without affecting the identity of the town, in contact with its daily life and traditions.

A triumph of flavours

The strong point of D. One is obviously its menu. Above all, the starred restaurant offers an unprecedented menu that combines innovation and tradition, with dishes never tasted before. Thus, the Atriana black hen eggs (now almost extinct) with white truffle, millet and parsnip; herbs and vegetables grown in underwater environments, delicious essential oils and more. All immersed in the magic that only Montepagano can give.

A full access hospitality recipe, which makes D. One a little gem to try at least once in a lifetime, for all Abruzzo lovers.

Curiosity:
Montepagano is also the birthplace of Gianluca Ginoble, one of the members of the trio “Il Volo”
They won the 2015 San Remo Festival with the song “Grande Amore”!

Do you want to know what we are doing?