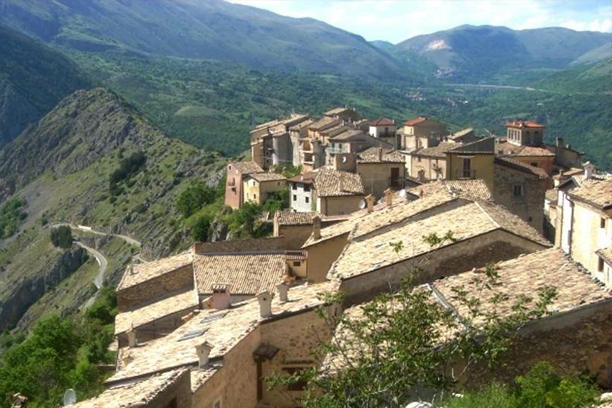 Abruzzo isn’t only the land of golden beaches and beautiful sea, but it’s also rich in natural and cultural diversity. Abruzzo is located in central Italy and stretches from the heart of the Apennines to the Adriatic Sea, on a mostly mountainous and wild terrain. The small, hidden villages of our region are among the most picturesque in Italy and capture the attention of adventurous travellers. Just like the famous Dutch engraver Escher when he visited Castrovalva village in 1929.

The village of Castrovalva, a fraction of Anversa degli Abruzzi, rises between Pratola Peligna and Cocullo, the town of the famous Serpari, on top of a vertiginous, rocky peak. In fact, the road to get to Castrovalva village is winding and narrow, flanking the overhanging mountain.
Despite its limited access, the most passionate visitors don’t easily succumb to challenges, aware of the fact that their adventurous spirit will be repaid with the charm of this hidden gem.

M. C. Escher was an expert explorer of timeless places and he found Castrovalva village by pure chance. His marvel was so big that he created a mysterious lithograph dedicated to the village, representing it in a realistic and metaphysical key. The Italian authorities later decided to dedicate a hairpin turn to the Dutch artist. 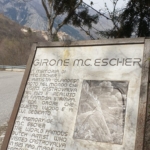 But Castrovalva is much more than that, as there are small medieval churches worth seeing, dating back to the eleventh and twelfth century. The Church of Madonna delle Grazie, built on the  chapel of San Tommaso, and the church of Santa Maria ad Nives.