“Passo delle Capannelle”: the most enchanting road is in Abruzzo 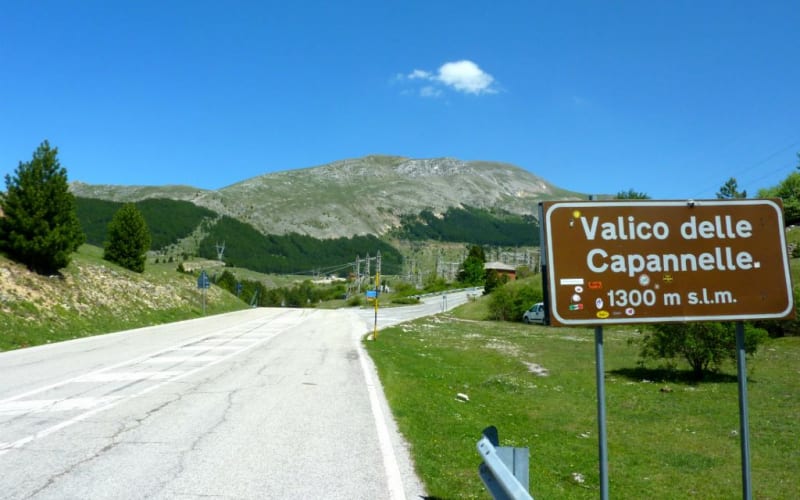 The most beautiful panoramic road in Italy? It is in our Abruzzo and is called “Passo delle Capannelle”.

Well yes, you read that right! Passo delle Capannelle is a passage in our Apennines joining the Vomano Teramana Valley to the Aterno Aquilana Valley. It runs along the “Park’s main path”, the road crossing the Gran Sasso National Park extending for 150 thousand hectares; touching the Abruzzo, Lazio and Marche regions. Also, this ancient, timeless road can be traveled in two directions: from Amitermum (L’Aquila) to Interamnia (Teramo) or vice versa.

The name “capannelle” (meaning “small huts”) comes by the presence of small stone ruins guarding the fields, all throughout the area. Although abandoned for some time, they testify to their function as night shelter or storage. In fact, flocks travelled along the passage during the transhumance from Abruzzo mountains to the plains of the Roman countryside. There are many stories related to robbers who found shelter in the thick vegetation right in the passage. 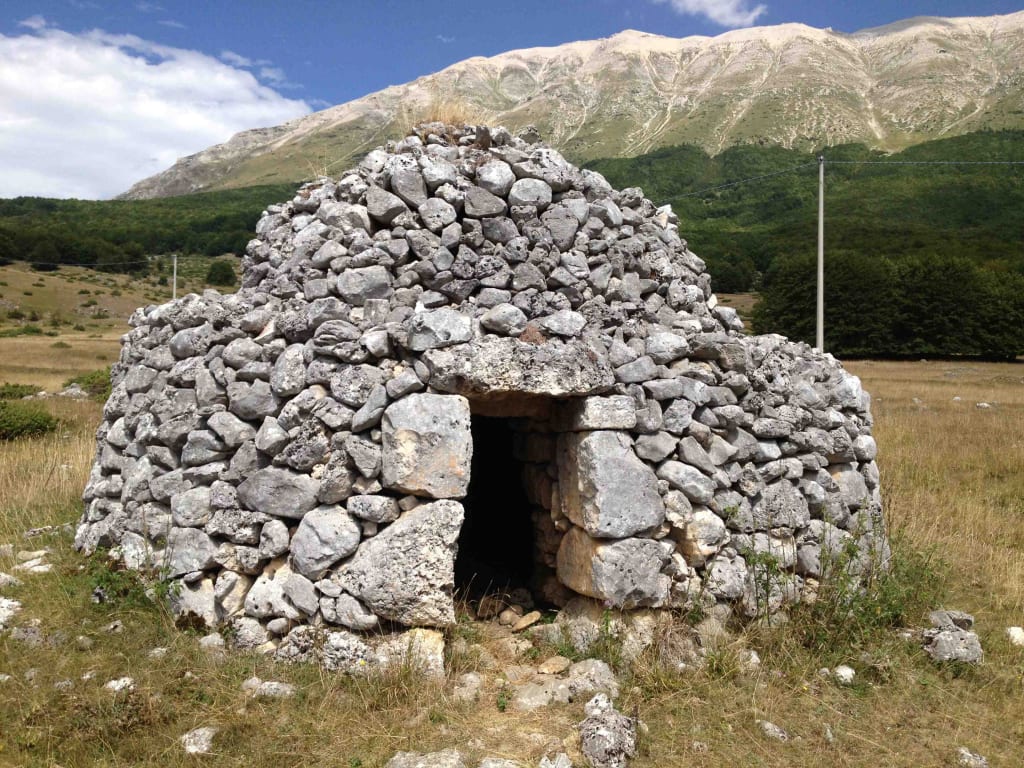 At 1300 m a.s.l. the pass offers a fairytale landscape and a pastoral world made of straw, fountains, drinking troughs besides plenty of flora and fauna. Undoubtedly a perfect bike or motorbike adventure, to get away from chaos and rediscover the simplicity of rural life.

This trait is as suggestive as it is timeless, in fact here once stood part of the “Via Cecilia“. The Roman road which connected the west basin to the Adriatic coast.

The Passo delle Capannelle even managed to inspire the great Italian poet Carlo Emilio Gadda, to whom he dedicated these words in “Verso Teramo“:

This road was the stage of the bycicle “Tour of Italy” several times. Indeed, centaurs, cyclists or nature lovers at Eurcamping will enrich their plein-air holiday with these timeless spaces; discovering our territory and enjoying low density tourism.

About 80 km from Roseto degli Abruzzi, the Campotosto lake and the wonderful Campo Imperatore plain are easily reachable from the pass.