Montepagano, a small town with a view of the sea 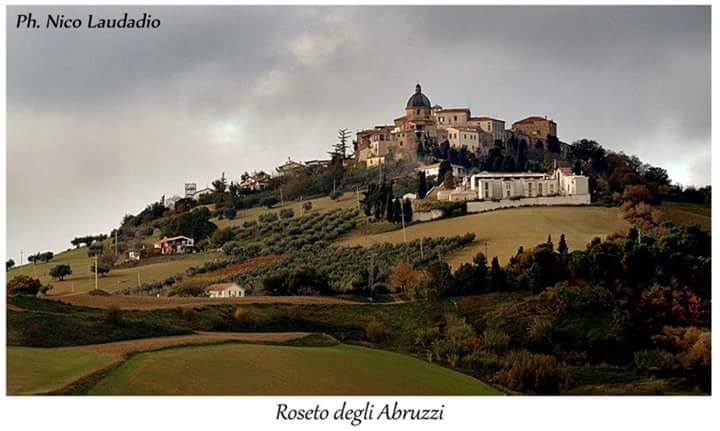 Summer is not just about the sea and relaxation … or maybe it is? 🙂

If you also belong to the group people, who love to lazy around under the beach umbrella, we are sure that after the sunrise your legs will lead you to Roseto.

Therefore, we advise you to visit the nearby Montepagano. During the day you will appreciate the richness of history and monuments, while in the evening – views that it offers.

This ancient town, which is a part of the municipality of Roseto degli Abruzzi, in recent months has enjoyed an extraordinary popularity. It’s a place, where Gianluca Ginoble was born – along with a group Il Volo, he won the last festival in Sanremo. But it is certainly not the only reason why we invite you to hit the streets and squares of the town.

The name of the town comes from the Latin words “mons” (mountain) and “pagus” (village on the mountain) and points to its location on the hills lying in front of Roseto.

To discover its history, you have to go back to the Middle Ages. The first settlements, built probably out of fear of a possible attack by the Turks, were established in the eleventh century.

The town was later conquered by the Normans, and later, in the thirteenth century, become the property of the Papal State, to which it has remained faithful until 1798, when it was conquered by the French.

A bit of curiosity

Even today, residents of Montepagano call Roseto’s residents “cotaroli” meaning “the owner of the lots” (from the Latin word “quota”, meaning lots). The term comes from 1857, when the clergy of the collegiate church, predicting the growth of the coast, has leased 12 lots to 12 settlements (which correspond to the current area of the Villa Comunale to the crossroads leading to Montepagano). The testimony of this event is included in the epigraphy in the sacristy of the church of the Most Holy Annunciation (SS Annunziata) in Montepagano.

The construction of this church was started in the late sixteenth century, thanks to the many donations, that started to inflow, when people noticed tears flowing from the image of the Virgin Mary.

This gate, in the style of a pointed arch, is a remnant of the great walls of a medieval settlement.

From this beautiful “terrace on the Adriatic,” you can enjoy really breathtaking views. From the valley of the river Vomano to the Apennines, the mountain chain of the Monti della Laga to the Gran Sasso d’Italia (Great Italian Stone) and Mount Majella, from the lighthouse in the town of Ortona to the coast of the Marche region.

This year there’s held 44th edition of the event Borgo DiVino – the oldest exhibition of wines in the region of Abruzzo.

And if you are still not convinced…

Do you want to know what we are doing?