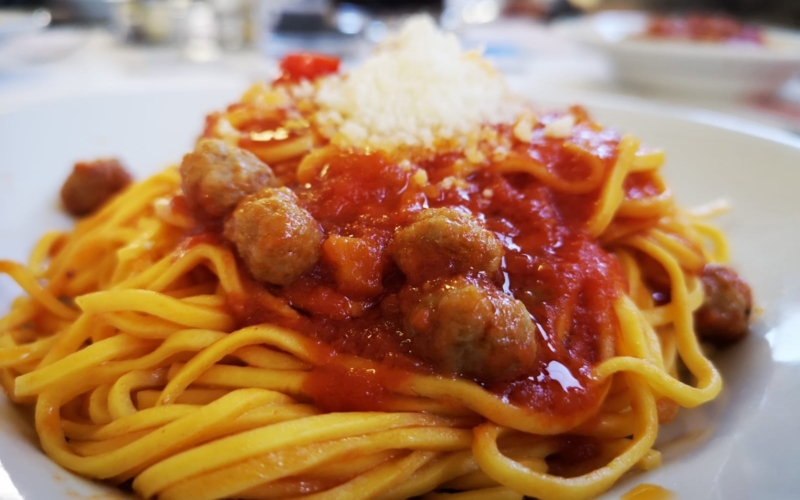 Why is the traditional Abruzzese pasta called “alla chitarra“? There is no music involved, but instead, a very valuable and representative tool belonging to our beautiful region. 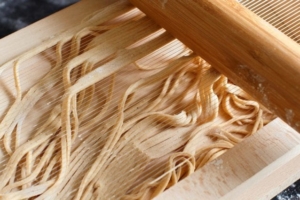 The “guitar”, in fact, is a beechwood frame with stretched parallel wires on both sides, ideal for making fresh egg spaghetti, giving the pasta a porous consistency, capable of absorbing the tasty tomato sauce with which it’s seasoned.

This home made pasta is made by placing a sheet of flat pasta on the so called chitarra and using a rolling pin to press the thin strips of pasta through the strings. They’re sometimes also referred to as “maccheroni” alla chitarra. You can taste this local speciality and many more in our Restaurant.

Spread the flour in the centre of a pastry board, making a well; then add the eggs and salt to form a consistent dough. Work the mixture with a rolling pin until you have a formed a thin sheet.

Cut the sheets into long strips and place them on the guitar, pressing the rolling pin on the dough. The longer the dough is kneaded, the better it will taste and it won’t overcook.

Take the ground meat and, with all the remaining ingredients, make a dough forming chickpea-sized meatballs.

After that, pour some EVO oil (alternatively half a pound of butter) into a frying pan and gently brown the meat already seasoned with nutmeg, salt and pepper; cover with a lid. At this point, let’s add some tomato sauce and let it simmer nicely. 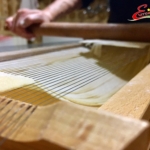 Unlike the Italian-American version where meatballs are usually of bigger size, the original recipe has very small meatballs and is only served with egg-based pasta. Italian chefs often mock the dish as non-Italian.